October 11, 2021
Read part 1 here
In Lagos, I fell ill as soon as I landed.
The city is crazy. The traffic is unholy and the carbon monoxide infested air is an extension of hell. I didn't want to get back on that road to any hospital so we got a qualified nurse to come treat me at home.
The Nurse said she couldn't treat me except I did a pregnancy test alongside malaria test. Both came out positive.
I was glad that the sickness wasn't Lagos madness inspired. My baby must have wanted to notify me since I refused to take a second look.
Unfortunately, she used one of those quinine brands  in attempt to protect the baby. She sadly didn't check with me first.  I became miserable from all the itching like one who hugged devil's beans.
I tried to rest as much as I could and thoroughly enjoyed both my family and ministry itinerary while being pampered like an egg.
I preached passionately at the event I was invited to. I talked about loving God and serving him devotedly even when disappointed over and over again. 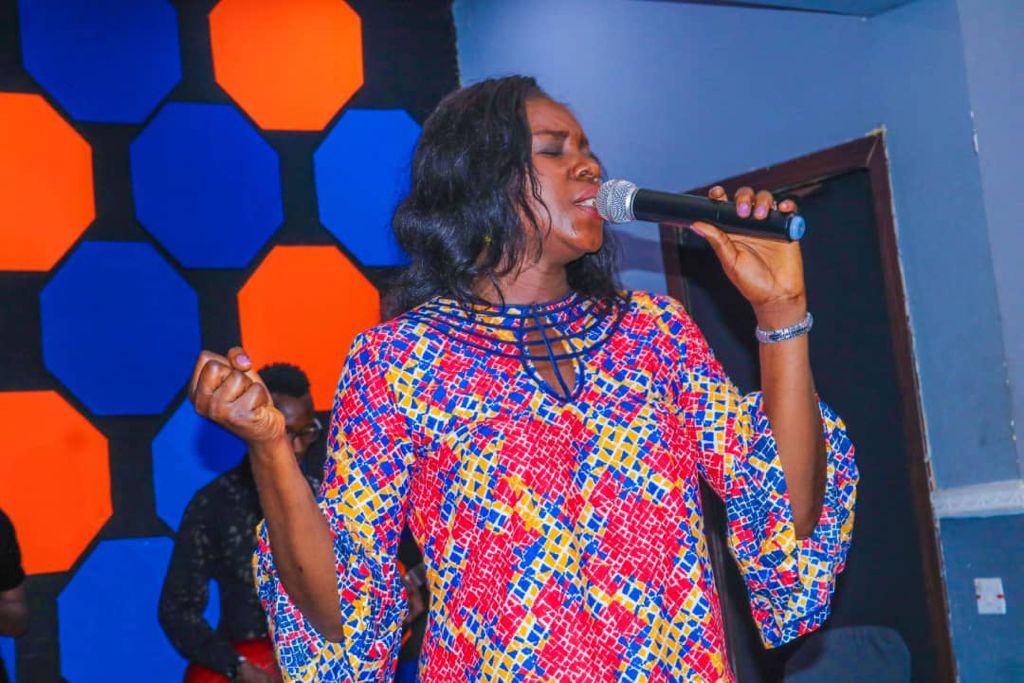 At Levite's World Outreach Conference, Lagos 2019
Most people who saw me kept saying, "you look pregnant". I didn't think it was that obvious though. 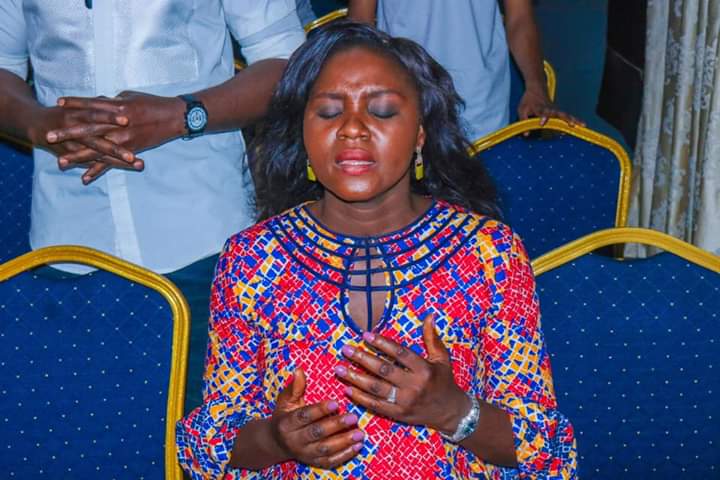 That's me worshipping on my seat. Do you think I looked pregnant?
Lagos trip was over it was time to go home.
At the airport, the ticket guys suspected I was pregnant and asked me to get my "okay to fly" from the airport hospital. Again, pregnancy test was positive. They did all their procedures and spooned me off unbudgeted N5,000 (Five thousand Naira). I didn't care much so long as it was for the good of this child or children in my womb. I proceeded home  to my sugarment husband and lived happily ever after until....

I started having dreams. Twice I dreamt of shopping for my baby. I had another where 3 crying babies where in bed with my husband and I.  I carried the boy to pacify him, was about to carry the other 2 when I woke up. Another time, I dreamt, I was bleeding and my mum was by me. I woke up and prayed my heart out. Oh, God must not let this happen as I personally have canceled it. Ofcourse, my husband prayed with me. I also had a dream, where someone tried to stop me from crossing a road that had an oncoming vehicle. I pushed her and ran but fell with my tummy. I started to pray in tongues and warned them that nothing must happen to my child. They were all looking at me as though they were expecting me to bleed. I didn't. I woke up and prayed for hours.
I refused to start antenatal. I didn't want the torture of what I went through the last time. I vowed that I will do a personal Ultra sound scan and be the first to see my baby before any gynaecologist.

11th week came and the day for my ultra sound was here. I suddenly became tensed.  "God please let me see 3 babies and 3 heartbeats, okay Lord, even if its 1, I will still thank you."
While I headed to the hospital, a song that the Lord doesn't permit me to sing when the going is good, played in my heart. I waited for him to ask me to not sing it. He didn't. I knew I may not get a good news.
In faith, I proceeded to the lab and after an hour, it was my turn. Laying on that bed, with their chilly gel on my tummy, several minutes of pressing and prodding, the Sonographer finally announced, "YOU ARE not PREGNANT."

I said to him, "This must be a mistake. Please check again. I'm 11+3 weeks gone. No bleeding or cramp plus  all the tests said positive."

He turned the screen to me and prodded more intently as he announced,

"No retained product of conception. I see fibroids outside the womb."

I didn't know if I should cry but I chose to believe God that fibroid will turn to fine boy.
I called my husband. He came and we were asked me to do another blood test and it came back positive.  Confused, they asked me many questions and finally sent me back for another ultra sound scan. . We still didn't find any sac, let alone a heartbeat.
You bet I was devastated. My husband was simply perplexed.  I got home and locked myself early the next morning. I did a 14 hour fast despite being supposedly pregnant.  I prayed my heart out, I wept, I quoted all the Scriptures I knew. "Hello God, are you still here?" I wondered.
The last time, they said it was a missed abortion. We were told it doesn't happen twice, most people experience it the first time and that our next baby would stay. Which one is this now??
The next day, someone called that she saw me pregnant and I was with a baby boy. It correlated with my dream above and so it was comforting to think that the foetus was ultrasound shy but present.
Ten days later at week 12 plus, while gisting with my husband, I started bleeding. We hopped in the car and went to a hospital where we learnt the gynae was an expert.
I got another ultrasound done. You can imagine the emotion I felt when the doctor said he also couldn't see any baby but fibroids. He concluded that this bleeding was my period. I was confused. I had  my period after the evacuation for the other pregnancy. Why would the next wait 12 weeks to come if I weren't pregnant? No explanation made sense. The doctor said it was a false positive and I would need a surgery for the 1cm fibroid. I was mad at him. I've been under that knife before. How dare he recommend I go back under the knife for a small sized fibroid. He became my enemy for suggesting a surgery and I told my husband that I was never going back there.
I decided I wanted a second opinion, so I went the next day for a private ultra sound.  Here is how that went. 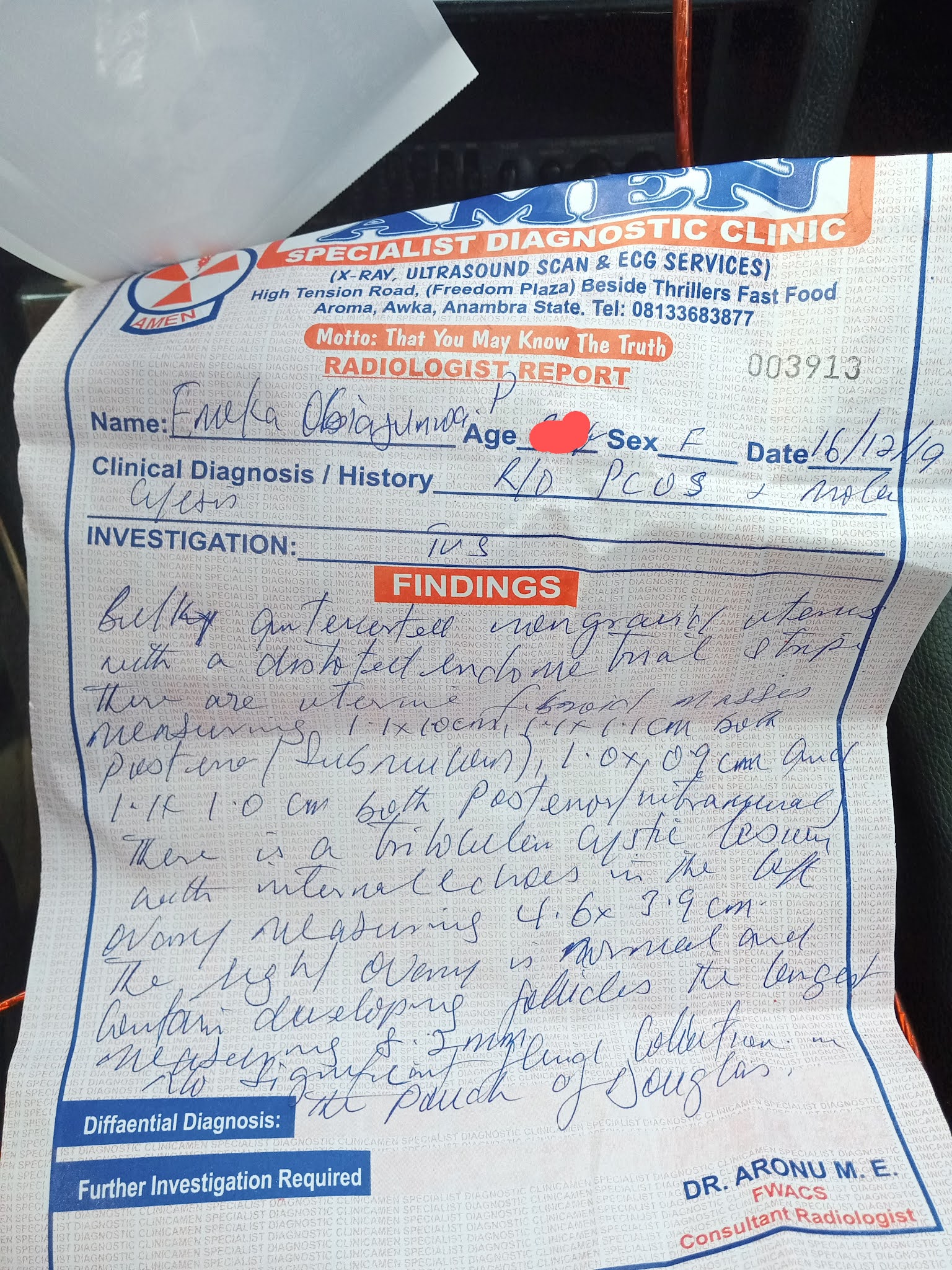 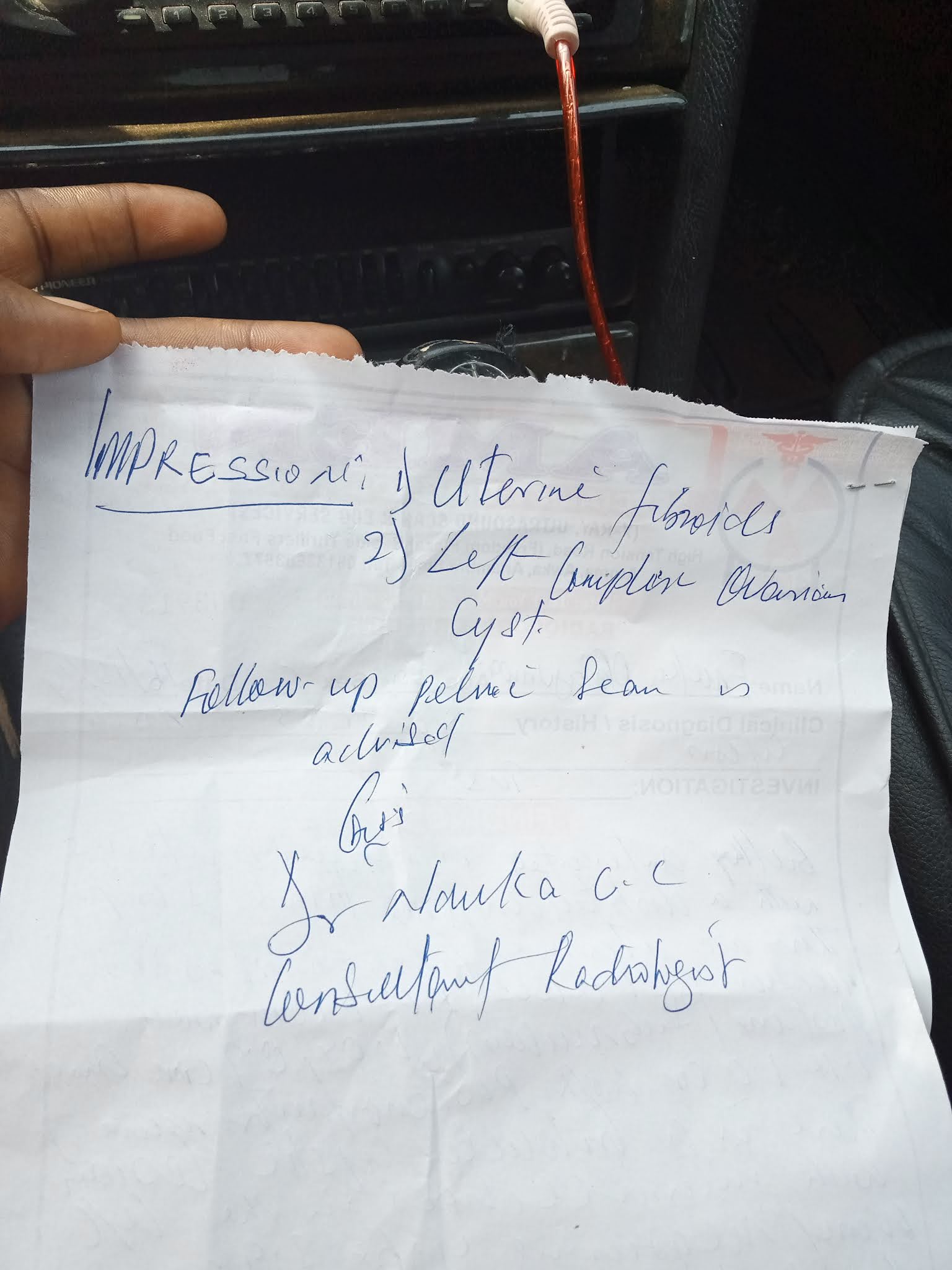 The bleeding didn't end after 5 days. A normal period should only take that long. It made us wonder what that was about. My mum recommended some Tianshi drugs which I took religiously as I didn't want to go under the surgeon's knife again.
The bleeding lasted for 25 days in total. Technically, most of December 2019 including christmas, I was the woman with the issue of blood.
However, something remarkable happened on the 30th of December.
Continue here
Kindly leave your comments and share the hope!
Warm hugs
Annie
.