3 GLORIES OF JESUS: HOW YOU MAY ADOPT THEM - II 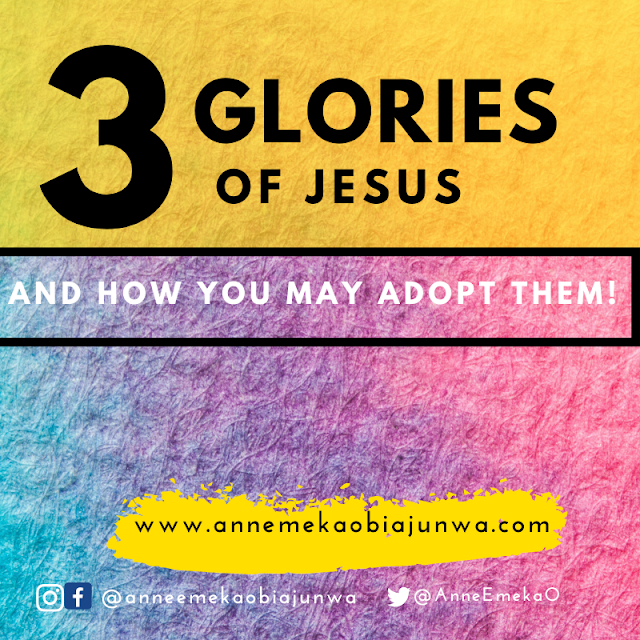 "Nearby stood six stone water jars, the kind used by the Jews for ceremonial washing, each holding from twenty to certificate gallons. Jesus said to the servants, “Fill the jars with water”; so they filled them to the brim." John 2:6-7 (NIV)


Jesus chooses to use water jars that were appointed for “purification,” not for drinking, when he performs his miracle and fills them with wine. And the reason is that he means to point to his own death as the ultimate purification for sins that would nullify and replace the Jewish purification rituals.


Here are the pointers. First, Jesus says to his mother at the end of verse 4, “My hour has not yet come.” What is “his hour”? His hour is the hour of his death when he will die for sinners and make purification for sins.

Jesus’ hour was the hour of his death when the Lamb of God would take away the sin of the world. This would be the ultimate purification, as John said in 1 John 1:7, “the blood of Jesus his Son purifies us from all sin” (the verb is katharizei which corresponds to the word katharismon in John 2:6).


The second pointer is that even though Jesus rebuffed his mother’s request by saying “my hour has not yet come,” nevertheless he goes ahead and does the miracle. So it seems to me (and others) that what Jesus is doing here is saying, “No, the climactic hour of my death is not yet here, but I will give you a sign of my death. I will give you an acted out parable of my death and what it will mean.” says John Piper 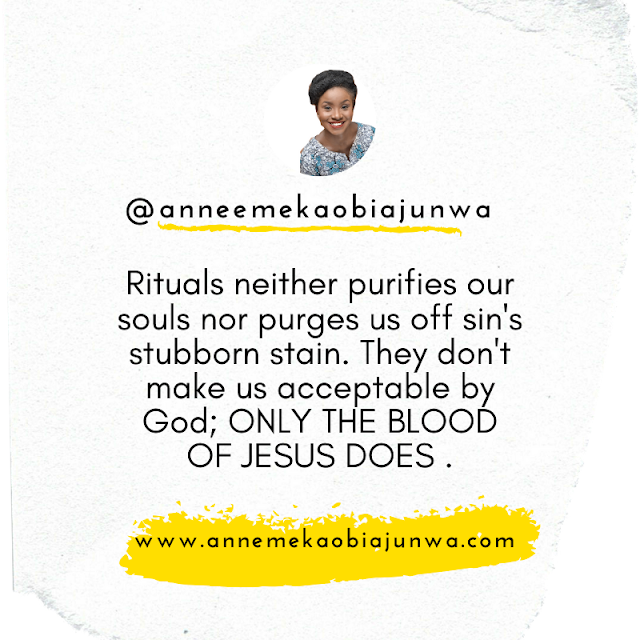 The third pointer is that Jesus tells the servants to fill the purification jars with water. These were not used for drinking. They were used for bathing—for purifying. So it seems that Jesus wants to say that this is what “my hour” will be like: “I will take the purification rituals of Israel and replace them with a decisively new way of purification—namely, with my blood.” And keep in mind that in John 6:55, Jesus said, “My blood is true drink.” “Unless you . . . drink [the] blood [of the Son of Man], you have no life in you” (John 6:53).
So the second way that Jesus manifests his glory in this story is by giving a sign—an acted out parable—of how his own death, his own blood, his hour—will be the final, decisive, ultimate purification for sins. There is no ritual any more for cleansing. There is one way to be clean before God. John says it plainly in Revelation 7:14, “They have washed their robes and made them white in the blood of the Lamb.” The glory of Jesus is that he alone, once and for all, made purification for sins. You don’t turn to ritual. You turn to Jesus.

As the ultimate Purifier, he is not moved by religious ritual. He replaced all Old Testament ritual once for all with his own blood. There is one way to be pure before God—the hardest way for him and the easiest way for you: Wash your robes in the blood of the Lamb. Come to him. Live on him. - John Piper

What or who do you depend on for purification?

Purification is the removal of contaminants from something. It is the process of making something spiritually or ceremonially clean. (Oxford)

As we go about our lives, there will be moments of sin . We can't turn to our works of kindness, arms giving or even our offerings to purify us. Only Jesus can take off that contamination from our souls.

"At Caesarea there was a man named Cornelius, a centurion in what was known as the Italian Regiment. He and all his family were devout and God-fearing; he gave generously to those in need and prayed to God regularly." Acts 10:1-2 (NIV); yet He NEEDED JESUS for his sins to be forgiven. God had to send Peter to teach him about salvation through Christ as seen Acts 10.

Adoption Strategy:  Stick with Jesus. Rituals  neither purifies our souls nor purges us off sin's stubborn stain.  They don't make us acceptable by God, only the blood of Jesus does.

See the Next here


Meanwhile, this post is an excerpt of our study at The Birthplace Foundation.We are set to raise people who are aligned with God and we are doing that through discipleship. Below is 2 of 12 monthly guides by which we are fulfilling this mandate. If you are looking for a community to grow and wax strong in your spiritual life, I guarantee you, this is the place. Join hereAnne Emeka-Obiajunwa 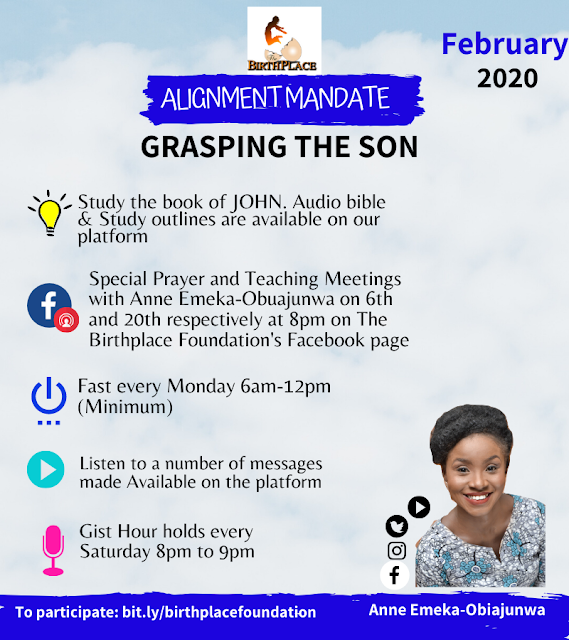