WHAT IF YOUR CHILD IS GAY?


The number of gays, lesbians and bisexuals who visit our office is increasing by the day.
Some do not know how they started getting attracted to the same sex while some got introduced to it by peers and colleagues.
Some started the act because they are looking for acceptance. For some, it was a way to get back at their parents.
Some watched it on the TV while some others see it as a way to express rebellion.

Many whom I have had the privilege of working with have different reasons and excuses but one thing they have in common is that THEY ARE SEEKING FOR LOVE.

So many contradicting literatures on whether people are born gay/lesbian or not exist. However, one of the consistent facts in all of these literature is that a simple and singular determinant for sexual orientation has not been conclusively demonstrated. Various studies point to different and conflicting positions but the social factor is a common theme in all scientific and psychology hypotheses.

The social factor which can be linked to our upbringing, environment and significant emotional experiences is the common factor in all scientific and psychology hypotheses on the subject of sexual orientation. This means that we learnt our sexual orientation here on earth. Sexual orientation is about behaviour and behaviours are learnt and can be unlearnt. Hear Dr Lawrence S. Meyer, a scholar in the Department of Psychiatry at The Johns Hopkins University School of Medicine: 'While some are under the impression that sexual orientation is an innate, fixed, and biological trait of human beings – that whether heterosexual, homosexual, or bisexual, we are ‘born that way’- there is insufficient scientific evidence to support that claim. In fact, the concept of sexual orientation is ambiguous; it can refer to a set of behaviours, to feelings of attraction, or to a sense of identity... One environmental factor that appears to be correlated with homosexuality and non-heterosexuality is childhood sexual abuse victimization…'.

Another research published on 31st August, 2017 by Parents and Friends of Ex-Gays and Gays (PFOX) stated that 'Many ex-gays will tell you that at one point in their life they thought they were "born gay". The reality is that no scientific evidence has established a genetic cause for homosexuality or found a "gay gene". There is no DNA or medical test to determine if a person is homosexual. Sexual orientation is a matter of self-affirmation and public declaration. "Gay" is a self-chosen identity'.

In 2010, I wrote a proposal about teaching teenagers sexuality education to a church but the Pastor told me, 'our teenagers are filled with the Holy Spirit. They don’t need sexuality education. They know they can’t be having sex until they are married'. Six months later, I received a call from that Pastor. Guess what? His daughter and his niece were caught making out with each other. It turned out that daughter and his niece are lesbians. The possibility that your child can be homosexual in this century is more than it was in the 19th century. So, you need adequate knowledge and the courage to teach your child about this reality.

Sexual orientation is more of a behavioural cognition learnt from the highest influencer in our formative years, from what we see and hear in our environment, from people who came into our lives at one point or the other and from our significant emotional experiences.

So, what do you do when you hear that your child is gay, lesbian, bisexual or asexual? Well, show that child love like never before. Where all therapies and other things fail, love never fails. Discovering that your child has a sexual orientation that is not normal to you is not a reason to kill the child or start running from pillar to post. It is time to make the child feel loved like never before.

Read:What's wrong with being gay?

I remember working with one gay at a time. Although I did not have enough tools to help him, one thing I had and still have is love. I showed him love with reckless abandon and he is fine today.

Family time is very crucial at this time. The family needs to bond together to consciously and intentionally build family values and a code of conduct that will act as a compass on how every member of the family should live. The family needs to bond more and the child needs to see that you love him irrespective of what is happening. As a parent, use the tool of friendship to get your children’s trust so that they can openly and freely share their struggles with you.

Finally, consult a therapist. Just as doctors treat your body, therapists treat your mind. A person can be said to be well when he is whole in the body, mind and spirit. I have been working as a therapist for over 9 years now. I have tested and effective tools that can help your child break free from that sexual orientation. Let’s help your child have a healthy sexuality.

You matter to me...
Let me help you through. 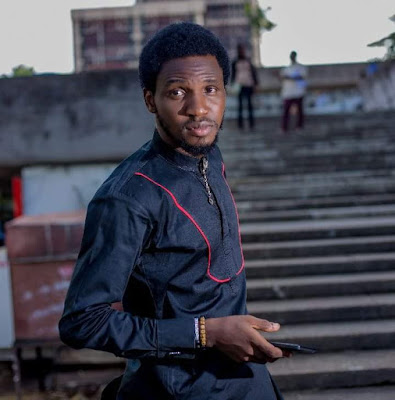 Matthew ‘Femi-Adedoyin is a Family Life Coach, Sex Recovery Therapist and Psychologist. He is a dynamic and prolific teacher, humorist, strategist, maverick and blend of gifts.

He is one of the youngest and finest sex recovery experts in Africa. He is referred to as the “Apostle of Sexology” due to his ardent fight for human sexual purity and a healthy sex life.

APOSTLE as he is fondly called is an acronym for Abstainer, Preacher, Oracle, Speaker, Trainer, Leader and Engineer. He is the Principal Consultant at Abstinence Icon Resource Consult, a child/youth advocacy, family life and sex recovery consultancy firm with a mandate to raise sexually pure leaders, build healthy homes and heal ailing families. He also doubles as the lead trainer/facilitator at Matthew Adedoyin Company.

His articles have been featured on many local and international magazines, newsletters, newspapers, bulletins and online media platforms. He is the publisher of www.matthewadedoyin.com, an online journal where he shares his thoughts as he sees the world.

He is married to his sweetheart, Fidelia 'Femi-Adedoyin.
Connect with Mathew here