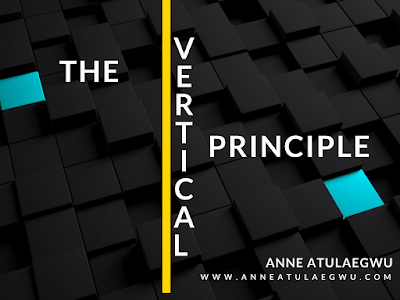 A Principle is a fundamental truth that serves as the foundation for an occurrence.
It is the ultimate source, origin or cause of something (Collins Dictionary).
When you throw a ball against a wall what happens? It comes right back at you
When you give, you? Get
God wanted to get the world, He gave his? Son
When we want a tree, we give the earth a? Seed

The word vertical means to be in a direction, or having an alignment, such that the top is directly above the bottom (Oxford).

The vertical principle states that we rise only as high as we invest beneath. 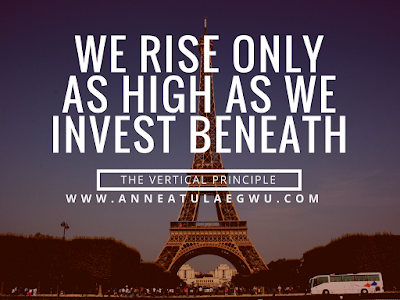 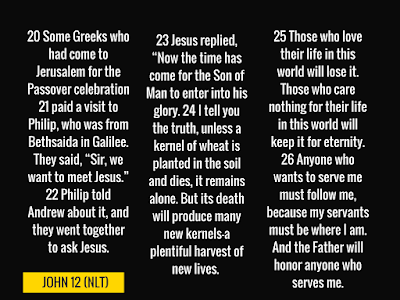 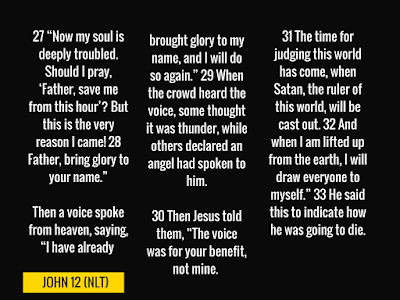 Here are a few things I will like you to bear in mind as seen in John 12.

1.  It doesn’t matter what Men do or what they have, deep down in their hearts, Men want to meet/see JESUS.

20.Some Greeks who had come to Jerusalem for the Passover celebration 21paid a visit to Philip, who was from Bethsaida in Galilee. They said, “Sir, we want to meet Jesus.”

The word meet in the greek is translated1492 /eídō pronounced I-do .It refers to a "seeing that becomes knowing.  Seeing as a gateway to grasp spiritual truth (reality) from a physical plane.

It is the physical seeing (sight) which should be the constant bridge to mental and spiritual seeing (comprehension).
Based on that word, we can say that men want to know (in a way that grasps) JESUS.

So what’s special about this Jesus that Greeks would come all the way during the Passover feast (that doesn’t “concern” them) to call for Him?
In the preceding verses, we see that the news of Lazarus’ resurrection had spreadt. People were beginning to follow Jesus and the thing annoyed the Pharisees.

The Greeks apparently had heard about the wonders and they came to know JESUS for themselves. They were done with hearsays.
They realized if this man could raise someone who was 4-days dead, He then must be a solution.

These Greeks couldn’t walk up to Jesus themselves. How would you identify someone you don’t know? They had to meet his disciples, who went to Jesus to say, “the Greeks (knowledge seekers) want to know/see you”.

2.  It doesn’t matter what Industry or platform you find yourself; you must point men to the real solution (JESUS)

22Philip told Andrew about it, and they went together to ask Jesus. 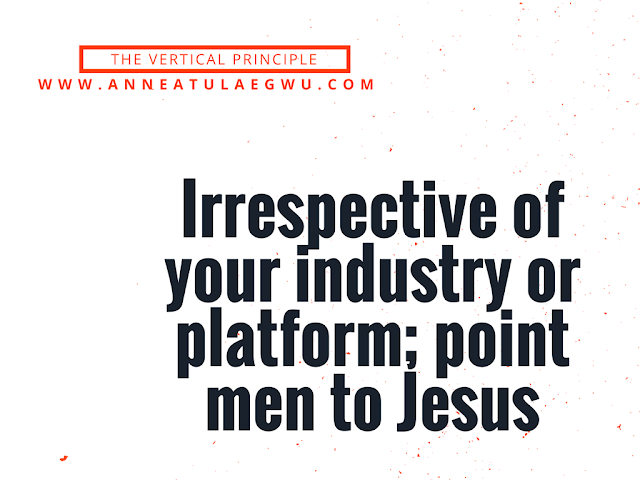 3. No one stumbles upon the glory

Jesus’ response didn’t seem to rhyme with the notification that He had people who wanted to see him. When told someone one’s to see you, wouldn’t you simply say, “yes bring them in or no, I don’t want them to meet me”?

Jesus in his usual manner seizes the opportunity to introduce His disciples to the vertical principle. He began by saying “Now the time has come for the Son of Man to enter into his glory.
Although Jesus was referring to the transition from earth to heaven, He was actually saying to his disciples. These are the least of people who will look for me. It isn’t just the Greek that will come seek me. The whole world will.

At this point, He tells them how to enter into glory.
24I tell you the truth, unless a kernel of wheat is planted in the soil and dies, it remains alone. But its death will produce many new kernels—a plentiful harvest of new lives.

A statement that was both a tale of what he would go through and a revelation of how we can access glory.

Jesus was saying now the time has come for men to ascribe weight/ honour to me because they recognize my real substance/ value.

Then, he tells us how recognition of our value/worth glory comes. Jesus is response right here, is

24Verily, verily, I say unto you, Except a corn of wheat fall into the ground and die, it abideth alone: but if it die, it bringeth forth much fruit.
25He that loveth his life shall lose it; and he that hateth his life in this world shall keep it unto life eternal.
26If any man serve me, let him
follow me; and where I am, there shall also my servant be: if any man serve me, him will[my] Father honour. John 12 (NLT)

Hey! Interested in relevance? Check out our Mentoring Programs here 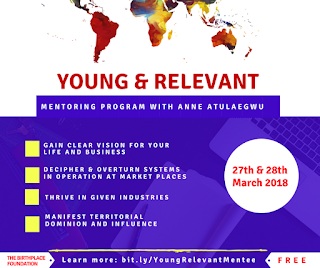