HOW TO ESCAPE THE IN-LAW'S ISH 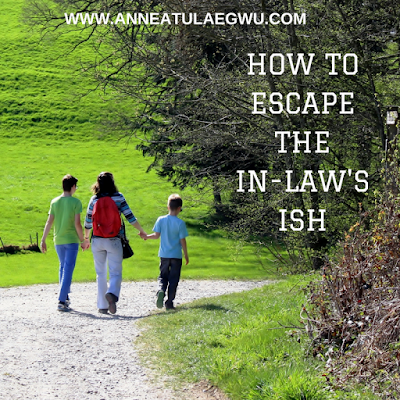 In this part of the world, when two people get married, they become joined not only to each other but to their families as well. And ever so often, some potential in-laws have a way of making their potential daughter or son in-law feel like they are doing them a favour by allowing their child to marry them.
Read: Three fatal mistakes young people make
So, because of intimidations like these and the need to please their in-laws, many individuals who are engaged have allowed their in-laws determine the course of their relationships. Many have seen so many red flags in the families ‎they are marrying into but have chosen to keep quiet about them.

Instead of boldly relating with their potential in-laws and observing to find out more things about them, they have chosen to be conscious of themselves so as not to appear unmarriageable. They have chosen to use this time to please their would-be in-laws, rather than study them and know if they can marry into such a family.

There are families that fight when they have misunderstandings. When the husband and wife are fighting each other, the children take sides and some even go to the extent of physical abuse and breaking things. For such families, anger is the issue. When everyone gets angry no one can contain them. They'll say and do all manner of things to express how they feel.

There are families that are stingy. When it comes to giving, everyone is on their own. Nobody gives towards anything that concerns the other, except to their parents.

In some other cases, pride and arrogance are the weaknesses found in certain homes. They will make it obvious that you are not in their league. They will put you down, look down on you and belittle every single thing you are, have or have done.
There are some families that want to control everything and everyone around them. Some parents in homes like these will insist that their children marry from a particular tribe, that they be educated, be thin and fat at the same time and bear the names they give their children. Elder siblings pick this trait and try to control the families of their younger siblings and what goes on in their lives.
Read: Inter-tribal marriage: Pros, cons, realities

There are cases where the family members are diabolical. Everything they do is tied to voodoo. When they want to make decisions, they consult their oracles. They go as far as deciding and even choosing who their children will marry based on what they have "seen". You can be sure that when you marry into such a home, they'll expect you to go through certain rituals and initiations to be a part of the family.
Read: 7  Shades of folly
These and so many other things that are associated to the peculiarity of every family. Every family has their own way of life. And just as we know, people grow and come out of certain weaknesses. People also live life based on their levels of consciousness and what they know is working for them. But what if they don't grow out of those weaknesses? What if it takes another twenty years for that change to happen? Will your relationship survive the effect of that family on your relationship within that twenty years?

So as a single person trying to get married into a family, you must have the following things in mind before taking the decision to go ahead.

1. Do not judge that family. Just as they have their own issues, your family has theirs too. And your potential spouse will have to deal with them as well.

2. See if the issues are what you can tolerate for the rest of your life or not. For example, whenever your fiancé has issues with his brother they always break into a fight because it is a normal thing. Is this something you can tolerate all your life? You also have to consider how this relates to you. Will he act the same way towards you; fight with you, beat you up, apologize and try to make amends because this is what he saw growing up and it's just normal for him?

3. Try to understand their beliefs, culture and tradition. See if it agrees with‎ yours. E.g. If you are asked to come to the family shrine to be initiated into the family or travel to the village to do yearly sacrifices, will you be okay with that?

4. What is the position of your potential spouse on these issues? E.g Does he find his mother's domineering attitude normal or abnormal? Does he stand up to his family and defend you? Or does he chicken out and leave you unprotected?

5. Most importantly, discuss with your ‎potential spouse about your backgrounds/families. Do not leave any stone unturned. Visit them to build relationships with them. Refuse to be introduced to them one week to your wedding. So that they don't assume your partner must have told you everything about them. While building that rapport, be observant. Don't be intimidated, be yourself and make your own decisions.
Read: Shopping at Destiny's mall
I know people can be different from their family members. But at the same time, and so may be your potential spouse should know that an apple does not fall too far from it's tree.‎ They may not be like their family members in terms of attitude, but what about the influence that family has over them? Are they completely free from it?
Just make sure that by the time you have decided to get married, you are dead sure that his/her family can be your family for life. Be sure that your life, marriage and destiny will be safe by your life-long association with them. This also means that towards them, you will develop a default setting for forgiving just like you do with your own family whenever they offend you.
The family you inherit by marriage can be a gift or a thorn in your flesh. I am blessed to be married to the family of my wife, Sola. They are a great blessing that I can't begin to quantify. I have learnt to love them like my own blood. This is the same way my wife feels about my family. Family is everything. Make sure yours is everything.
Receive sense. 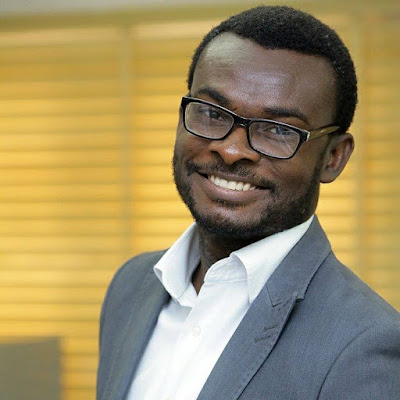 Chris Chukwunyere is a relationship counsellor, an author, a social entrepreneur and pubic health practitioner. He is committed to helping people building leading relationships that will influence cultures and transform societies. Follow him on: Instagram: @chrisinspire Twitter: @chrisinspire Facebook: www.facebook.com/chrisinspire