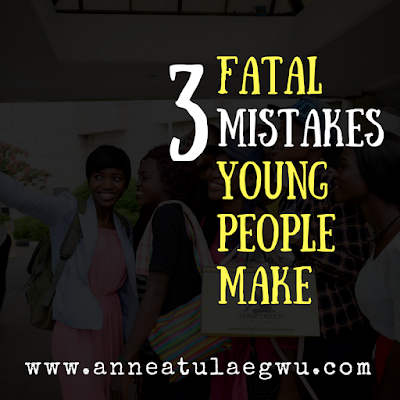 Being young is one of the best privileges life gives. Our youth is a season during which dreams, desires and destiny intertwine in a tango dance to forge the rhythm of our later years.

Read: The path of a dream

Burdened with the anxiety to ensure that the rhythm of their later years is pleasant, many young people unknowingly seal doom upon themselves.

This three fatal mistakes that I’m about to show you, aren’t new at all. Oh no, these are as old as Adam and Eve in the garden, Jesus in the wilderness; yet as young as you and I in the days of social media revolution.

One thing you must know my dear, is that the old trickster and his tricks are still the same. He simply changes the cast on his movie. Read:

If you would be patient to read through these verses, you would most likely see beyond what I will say/show you afterwards.

1 “Then Jesus was led by the Spirit into the wilderness to be tempted by the devil.
2 After fasting forty days and forty nights, he was hungry.
3 The tempter came to him and said, “If you are the Son of God, tell these stones to become bread.”
4 Jesus answered, “It is written: ‘Man shall not live on bread alone, but on every word that comes from the mouth of God.’[b]”
5 Then the devil took him to the holy city and had him stand on the highest point of the temple.
6 “If you are the Son of God,” he said, “throw yourself down. For it is written:
“‘He will command his angels concerning you,
and they will lift you up in their hands,
so that you will not strike your foot against a stone.’”
7 Jesus answered him, “It is also written: ‘Do not put the Lord your God to the test.”
8 Again, the devil took him to a very high mountain and showed him all the kingdoms of the world and their splendor.
9 “All this I will give you,” he said, “if you will bow down and worship me.”
10 Jesus said to him, “Away from me, Satan! For it is written: ‘Worship the Lord your God, and serve him only.’[e]”
11 Then the devil left him, and angels came and attended him. Mathew 4:1-11 (NIV)

From these verses, we can say Jesus had three temptations right?

Jesus was in his youth, on a mission and very human at the point of this temptation. The three areas in which he got tested are still a test for young people who are on a mission, in all generations to come.

The tempter came to him and said, “If you are the Son of God, tell these stones to become bread.” Mathew 4:3

Jesus was hungry. In fact, he had every reason to have been hungry. Anyone would be terribly hungry after a 40-day fast. His craving for bread was legit, just as our craving for anything is legit.

As young people and as humans, we crave sex, we crave food, we crave (name it). Our cravings, desires are legitimate because we are humans. However, the number one fatal mistake young people make (that Jesus didn’t) is breaking principles to meet needs/cravings.

Principles are laws that govern life.

Stone is stone and bread is bread. To make one become the other is to break God’s principle of order. This is basically what magic is about (and God clearly hates magic- Revelation 21:8, 22:15).

Understanding that your purpose is more important that a momentary satisfaction, will save you from this fatal mistake.

“If you are the Son of God,” he said, “throw yourself down. For it is written:“‘He will command his angels concerning you, and they will lift you up in their hands,  so that you will not strike your foot against a stone.’”

Anyone would feel pumped up after that kind of fast. Jesus was definitely edified after the fast. He was convinced of his identity, abilities and benefits. He could do anything!
The trickster was going to indite him into abusing his privilege as a son but Jesus knew better.

The second fatal mistakes young people make is being careless with their lives. Believing their actions doesn’t matter because God is always in control.

If Jesus had thrown himself from that height? He would have died!

He was destined to die and how he died was CRUCIAL to his purpose (salvation of mankind). If he died by falling off that height he would have ruined the salvation plan.He was to die but the acceptable death was the death on a cross.

As believers we are “free to live” or do anything. However, we must remember that all things are permissible but not everything is beneficial (1 Corinthians 10:23).

You must first consider how your actions will affect the purpose of God for your life and the many others attached to you.

Some of us feel, we can live carelessly because the blood of Jesus is there to atone for us. We forget that the same bible which says God is faithful and just to forgive when we ask for forgiveness (1 John 1:9), also says,” Be ye holy for I am holy” (1 peter 1:16)
Don’t take the privileges of sonship forgranted. It could end your journey prematurely.

Read: 7 Choices you will regret in 7 years time

3.The Power test
8Again, the devil took him to a very high mountain and showed him all the kingdoms of the world and their splendor.  9 “All this I will give you,” he said, “if you will bow down and worship me.”

These days, we don’t need to go up any high mountain to become well acquainted with the glory of this world. The vivid description of the world’s alluring splendor steadily shows itself in the comfort of our homes; from cable television to instagram, to facebook, twitter and fashion magazines. We can’t deny that we have seen the glory of the world and its majesty.

I admit you may not have heard the trickster apparently beckon on you to bow in worship to him in exchange for the glory of this world but I bet you’ve met with systems that challenged your convictions and resolved loyalty to the principles of God’s kingdom!

The fatal mistake young people make at this point, is to bow/submit to satanic systems (most times paraded as social/cultural norms) in other to become influential.

Some did it thinking it was just a secret bow. It was too late when they realized that the trickster never gives back what (the soul) he seizes.

We will be asked to give a little to get the trickster’s so called much.
I must warn you that the trickster never gives real glory.

Read: Are you a victim of these life rakers?

The power, influence, glory and so called prominence which the trickster offers is but a rotten rag compared to the glory the father has in store for you (1 Corinthians 2:9).

Imagine that Jesus bowed in exchange for the glory of the world. A then world, in which houses were shapeless stones set upon rugged mountains.

Take a look at today’s buildings. Can the buildings, political authourity and power of Jesus’ days be compared to those of this present day?
I bet you said, NO!

Read: Benchmarking your worth

Why would you deny Jesus, join an ungodly association just because you want some power that it isn’t real power?
Why would you?

God has called us unto an inheritance that can never fade nor expire.
Nothing is worth the exchange!

Meanwhile, did you notice how the trickster began his sentences with "If you are the son of God?"
Hmmmm, there's a lot to that sentence.
I will share with you in my  next post. Till then, live earthly useful and eternally relevant! 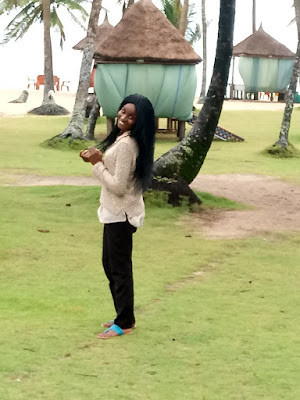