The earth is like a football field with an ongoing match between two teams. These teams are represented by humans who may be aware or unaware of what team they represent.

These teams are the forces of light and darkness. They never co-exist. They take turns to rule depending on the human representatives on the field. Just the way both teams on a football field can’t have the ball at the same time.

After the fall of man (Genesis 3:1-24), the force of darkness had a field day on earth. Everyone played for it. No one had a choice (Romans 3:23). The earth and its component had its fill of darkness. Both men, animate and inanimate things groaned for deliverance.

In due time, light shone into the darkness of the earth and the darkness couldn’t understand how it gave way so easily to the presence of light. (John 1:5)

Men began to experience peace, joy and lasting freedom at the appearance of light.

The forces of light began to recruit representatives delivered from the gruesome grip of the forces of darkness and these recruits were empowered to represent LIGHT.

At birth every man is recruited in the force of darkness. Most people believe that doing good exempts them from being on the dark force army.

Contrary to popular opinion, there is only one way to escape being with the force of darkness. That way is JESUS, THE SON OF GOD. “Neither is there salvation in any other: for there is no other name given among men, whereby we must be saved. (KJB) Acts 4:12

Read: Is Jesus Really The Only Way To God?

Living in a legalistic world, it is an offense to say that there is no other way out of darkness except JESUS CHRIST. However offensive this might sound, it doesn’t negate this as true.

At this point, you must identify whose side you are on. There is no in between. You are either with the force of darkness or the force of light. 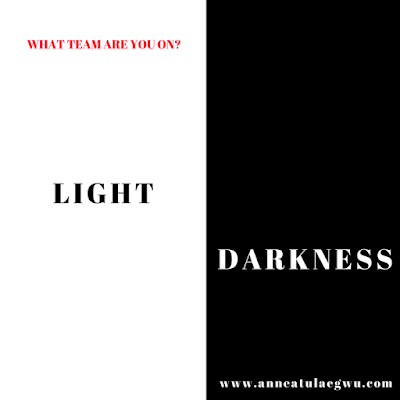 WHY YOU NEED TO BE WITH THE FORCE OF LIGHT

Man was created by CHRIST the Lead man in the force of light and therefore only by a relationship with HIM can purpose be given. “All things were made by HIM (Christ); and without him was not anything made that was made” John 1:3 (KJV) emphasis added

At this point, we should know that purpose is given and not discovered
The word given places emphasis on a designer (CHRIST), while the word discovered places emphasis on man’s independent search. By searching, we very likely adopt an unfitting purpose even though we see results. Therefore it is better to go to the original source (CHRIST) in order to receive your purpose.

Read: 7 Things you should know about your purpose

HOW TO ENROL IN THE FORCE OF LIGHT

Step 1: Recognize Jesus as Light
Zoom in on this “For God so loved the world that he gave his one and only Son, that whoever believes in him shall not perish but have eternal life. For God did not send his Son into the world to condemn the world, but to save the world through him.  Whoever believes in him is not condemned, but whoever does not believe stands condemned already because they have not believed in the name of God’s one and only Son. This is the verdict: Light has come into the world, but people loved darkness instead of light because their deeds were evil. Everyone who does evil hates the light, and will not come into the light for fear that their deeds will be exposed.’ John 3:16-20 (NIV)

Step 2: Acknowledge Him as the Son of God
If you confess with your mouth that Jesus is Lord and believe in your heart that God raised him from the dead, you will be saved. Romans 10: 9 (NLT)

Step 4: Believe that He died and was resurrected from the dead for you to be saved (delivered from darkness)

If you confess with your mouth that Jesus is Lord and believe in your heart that God raised him from the dead, you will be saved. Romans 10: 9 (NLT)

If you examined yourself earlier in this class and saw that you do not currently represent the force of light and are willing to, please say this prayer sincerely from your heart.

Lord Jesus, i admit that I was born in darkness. I acknowledge you as the Light by whom I was originally created. I believe that you died to pay for my sins and you rose from the dead giving me victory over sin and death.
I confess you as Lord over my life and I surrender to your lordship. Wash and sanctify me by your blood. Give me your Spirit that I may live for you.

Excerpted from THE RECRUIT MENTORING SESSION with Anne Atulaegwu, LESSON 1-THE IDENTITY RULE - Understanding the interaction between the forces of light and darkness
©2017- Birthplace Mentoring School (BPMS) 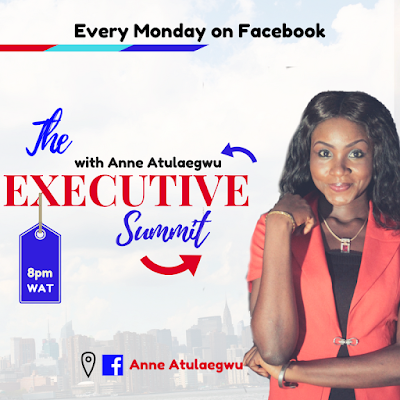 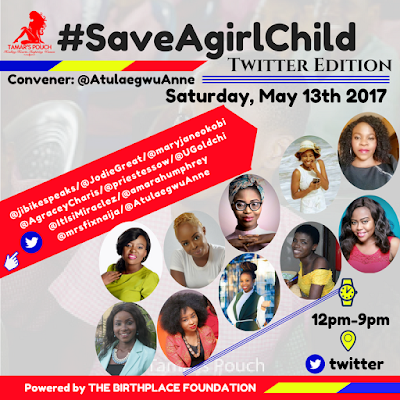