LEARNING TO WALK AGAIN AFTER A SHAMEFUL FALL


Adline wasn’t sure what she felt. She had taken out time over the weekend to brood over last week’s incidence. She stretched fully on the couch, looking intently at the ceiling as though her eyes could see the grains of ceiling sheets.

“Knock, Knock” came a hit at her bedroom door.

The housekeeper walked in.

Standing erect like a sergeant in the police force, he declared his mission. “Madam, I come tell you say those people come in the morning. Dem say dem one see you urgently.” He said in pidgin English.

Adline wove her hands in the air, signaling the housekeeper to leave.

She has heard his message but had nothing to say nor the strength to give any reply.

At the time she applied for this job, she was in desperate need of financial stability. Her husband of 8 years had just passed on, leaving nothing but their 3 year old daughter behind. She needed the job not only to make ends meet but also for sheer sanity of mind.

“Adline, I will like you to begin a cell group in your home with younger women”, the still voice had said to her in January 2012.

Adline tried to ignore the voice but she couldn’t shake off the burden and in March 2012, she began. The presence of God moved mightily in those cell meetings at her home. Women came to know the Lord and many were steered into total devotion to God’s purpose for their lives.

It was only three months ago, that these things began to happen in her life. How could she be in this mess? Adline couldn’t find the answers.

Everyone came to the office as usual. It was a clear weather morning and the sun was out in its boisterous glow. Adline had hoped no one would ask about her faith after the news of the letter began to spread.

“Meeting at 9am”, the memo on the email said.

The atmosphere in the office moved from calm to tense  in one minute, the moment they settled at the conference room in front of a camera.

“Khum Khum, Good morning everyone”, the Chairman of Fordfield said clearing his throat.

“Today, we shall make a solemn declaration, denouncing any form of religion or religious ties as instructed by the office of the president.

Silence as cold as death fell in the room. No one made a sound not even their eyes could move from left to right. They thought it was a rumour until this morning.

“We will begin with you, Mr Tunde”, the chairman said gesturing to the Director of Finance.

He walked briskly to the front of the camera and said the words.

“Religion is a bout of confusion. I don’t believe in any God-animate or inanimate. My soul devotion is to the safety of my nation and I hereby declare that I serve no God but my nation”

One after the other they took turns to make those declarations.

Adline fought hard with those lines. How would she deny the God who gave her this Job in the first place. How would she claim not to know or serve the God who has touched the lives of those women she began gathering in her home, barely three months ago.

Shaking in fear, she stood up to approach the camera.

“Religion is a bout of confusion” she began.

“Adline, don’t say the next line. Walk away ” the voice in her head said

“what’s there. Would they come to your house to see if you go to church or not?  Didn’t  Mr Femi say it? After all he is a pastor in one of the well known churches. You are only a church member in your parish. Make the declaration and keep your job!” another voice said so loudly.

“Adline,we are waiting for you” the chairman called to her.

She didn’t know she had been quiet for almost five minutes.

“We will cut that and you will begin recording afresh. Don’t waste our time madam”, said the chairman.

“Religion is a bout of confusion. I don’t believe in any God-animate or inanimate. My soul devotion is to the safety of my nation and I hereby declare that I serve no God but my nation”

“That’s it. Who will know you said a thing like that?  Isn’t it over?” said the voice.

The meeting ended with a heavy party. There was no work for the members of staff at Fordfield that day.

It took six months later for Adline to come to terms with the effect of her action at work that day.

The news had gone viral. The women who had been attending the cell meeting for the past 9 months at Adline’s couldn’t believe their ears.
Her pastor, members of the church and Adline’s parents who were ministers at the church were deeply disappointed.

Adline couldn’t deal with the weight of guilt she felt in the midst of all this. No one came for the cell meeting anymore and the last time she was in church, she seemed to hear the words, “hypocrite” from every corner of the church. She wasn’t sure she heard it in the voice of people but she could see it in the way they looked at her.

How could she explain that she didn’t mean it to turn out this way?
How would she undo that declaration? Even if she did and resigned, How would she clean that off  the internet?
These questions hunted her to bits.
She laid on the floor weeping profusely.
What was once a solace has become her undoing.

Adline tried to pray. Stretched on the floor she.... 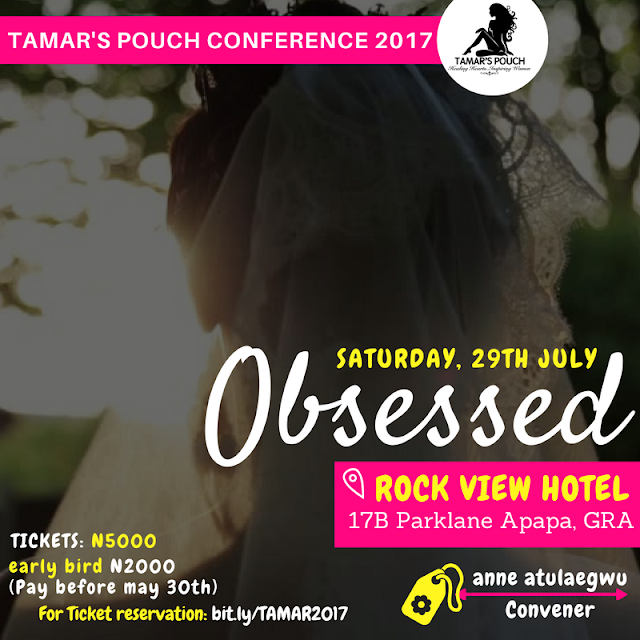