Femi pulled the car by the side. They had driven too far to return to the Adetola’s when the tyre went flat on Ozamba drive.

Shola wasn’t in the mood to respond to her husband. It’s been weeks since they last had a meaningful conversation and this wasn’t the moment in which she wants to neither answer questions nor make suggestions.

“Babe” Femi called again. This time, reaching for her arm.

Shola shrugged her arm off his soft grip and looked out the window.

It was 1 am in the morning and they had no spare tyre available.

Frustrated but calm, Femi placed his head on the steering and prayed silently.
“Father, I married Shola because I Loved her and in moments like this, I will want her to talk with me even if she has no solution. Please touch her heart for me”.

Shola opened the door and stepped out in the dark. She was just going to keep walking until ….

Frightened for his wife, Femi jumped out right after her. “Babe, I miss you. Why are you being cold towards me? “He asked with tears in his eyes.

He wasn’t sure whether the car or his wife’s attitude was the right priority. He just knew He couldn’t continue to bear the cold between them.

Looking intently into his eyes, Shola said, “I just don’t feel like I love you anymore.”
Those words dropped like moulded bean balls in boiling oil – sleek, fast and furious all at once.
Femi couldn’t reconcile those words with the history he shared with Shola.

They met as teenagers while at Irekpodo high school in Eponto south. Shola had been his first and only love and after eight (8) years of dating, two (2) years of engagement and three (3) of marriage, he couldn’t comprehend what she meant by “ I just don’t feel like I Love you anymore”

Read: In honour of the one who loves

Femi fell on his knees, soaked in tears already. He begged Shola to please stop as her attitude was shredding him like minced meat.
Shola looked away. She couldn’t bear to see the man she once loved, kneeling in front of her but she knew she wanted something new. She was tired of being with the same person. She wanted an adventure that Segun, her new boss appeared to promise her. She just didn’t want to keep being with the same man. She was bored….

Many dynamics come into play when boy meets girl and both dance to a vow.
It’s easy to feel empathy for Femi because we can see no sane reason for Shola to act this way to her lover of 13 solid years just because a boss showed up.

It’s also apparent that what’s missing between femi and shola is a sound communication. Shola is supposed to tell Femi what her boss does that she likes and Femi is supposed to make a few adjustments to bring those sparks into his relationship right?

Read: 5 things you should stop expecting from others

Why this is easier said than done, is that the one thing that prevents effective communication in a relationship is the fear of rejection.
Like any normal person, Shola must have feared that mentioning her boss to Femi could bring distrust. She doesn’t want Femi to see her as unfaithful and she also doesn’t want the fun she is enjoying with Segun to stop.
Her mind has been powerfully influenced by Segun’s presence and acts of “love” that she has begun to see her husband as boring.
At this point, most people don’t remember that vows are made for moments like this.

And just before we judge Shola, let’s take a sincere look into our lives.

You fell in love with a man years ago. You enjoyed his presence. You were content with any and everything He provided and what He was yet to provide was no problem because you knew He would eventually do.

Then years have rolled by, and facets of life flaunt their charm before your eyes. The allure of international recognition, the fragrance of fame, the relish of world approval and the craving of ambition has stealthily began to pull your heart out of sync with the one you once vowed to love.

Femi could misunderstand Shola if she opened up about her new distraction but unlike man, The Christ doesn’t misunderstand.

He’s walked the earth and he knows what it feels to not have enough money, not have a spouse to hold at night, to not be recognized on global television just because your opinion doesn’t tally with the rest of the world’s. However, he was committed to his course.

Read: Are you growing or groping in your spiritual life?

Commitment is the essence of vows. Vows are made in feel good times for when passion wanes.

Remember your first love, talk to him about the distractions and let him rekindle the warmth of the love you both shared when you first believed.

"See! I am coming soon! My reward is with me to repay everyone according to his behavior. (ISV) Revelation 22:12

Are you enjoying distractions?

The Lord awaits your return with open arms. He loves you so much and can’t wait to bathe you in the kisses of his undying love.
Would you return?
#SELAH

Father, I love you
I acknowledge your love for me
Restore my passion for you
Make me pant after you again like the deer pants for water
May my soul never find satisfaction outside our love
Keep my eyes on you
Stir a fire in my soul
That I cant contain until I see you face to face
I pledge my allegiance and devotion to you forever
The blood of Christ restores me, In Jesus name Amen 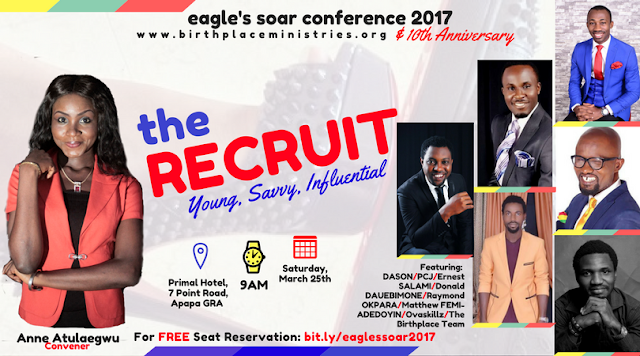