WHEN RUNNING AWAY PROVES YOU’RE BRAVE

Often than not, the word “bravery” brings to mind moments when someone confronts or faces their fears irrespective of the outcome.
As a little girl, I was taught to be bold, to speak up, be courageous and face my fears. I’ve practised been all that and to some extent some of those come natural for me.

In as much as “bravery” is  a vital skill for dealing with fears, wars or battles, conflicts and all what not, there are moments when walking away or running away might just be a proof of bravery.
Like most people, I’m pretty sure that you’ve looked out for moments when you need to be brave and face or confront situations. However, I’ll like to point out this distinct life circumstance when bravery isn’t about stand and face but turn and run.

When people try to define you

I often say to people that life is a journey and a really personal one. Being on a journey requires that we be aware of our purpose on the journey, our identity on the journey and our destination.  This applies to regular bus, sea or flight trips too!

Our purpose, Identity and destination are what truly define us. This means that no one else other than you knows what you’re really about until you tell them; and when you do, it’s up to them to take it or leave it but they cannot and should not try to conjure their own definition of you.

In John 6, we see Jesus and his disciples on a mount across the Sea of Galilee when a multitude came along. They had seen his miracles and where drawn to his works. Jesus ended up performing another miracle of multiplying bread and fishes so much that they ate to their fullest and had left over. The experience was too good to be true. So the people decided he must be king. In verse 15, we see Jesus do something I consider “brave”.

“When Jesus therefore perceived that they would come and take him by force, to make him king, he departed again into a mountain himself alone.” John 6:15 (KJV)

Being made a political leader must have been appealing don’t you think? Think about the benefits our leaders get for being in office today. I’m pretty sure there must have been “benefits” in Jesus’ time too. He probably would pay less tax, accumulate wealth and he and his disciples would live “larger”.

Don’t think these things (luxuries) didn’t “matter” to Jesus. He was tempted in all sense like we currently are too! See Hebrews 4:15. He just knew how to focus on priorities.

Read: Mastering The Art of Focus

Jesus knew this isn’t the moment to have a civil conversation with those folks. He knew he couldn’t stand there and talk to them about how he can’t be king because his got other things to do. He simply, “ran away” before they could even approach him.

Jesus could resist the offer because he knew his purpose (to die for the sins of the world- Romans 4:25), his identity (as the king of a more lasting dynasty-Revelation 19:16) and his destination (the father’s right hand as exalted above all-Mark 16:19)

It was clear that the multitude didn’t know all that hence they defined him as suitable for earthly kingship and decided to enforce their “identity” for him on him.

Now let’s try to imagine what might have happened if Jesus didn’t run away. Perhaps they would have lifted him off the floor, placed him on a throne like seat, and enthroned him as king. Jesus would probably be moved by sentiments (I don’t want to hurt their feelings) and stay as king which would mean that he abandons his purpose, his true identity and his destination.

I’m pretty sure you know how that would have turned out for us and the rest of the world. God’s plan for redemption most likely would have failed. Thank you JESUS for knowing when to RUN AWAY.

Most times we think we can handle certain pressures. We entertain conversations that are contrary to our purpose, nudging us to do what seems good but isn’t God’s will for us.

Read: Don't do these 5 things when seeking God's will

If Jesus though being God, didn’t think he should sit back and have a “civil” conversation with a “multitude” of people who has made up their mind to make him what they’ve chosen; I don’t think we should entertain people who try to make us what they want either.

·        Know your primary purpose (primary- to show forth the marvellous light of God and bring Him praise- 1 peter 2:9) and secondary (that which God calls you to specifically do for his people and kingdom-2 peter 1:10) purpose

·        RUN AWAY from people or situations who try to make you someone other than God’s original intention for your life.

Hey! Click to Enrol for the next mentoring session at Birthplace Mentoring School (BPMS) 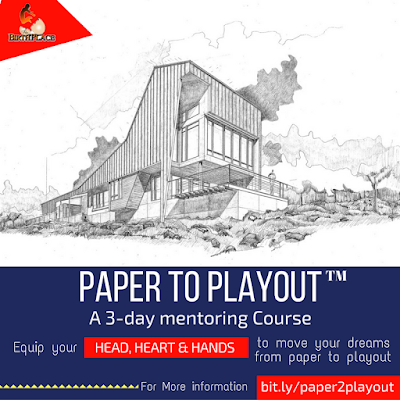