He tucked her up in bed, kissed her on the forehead and walked away. It was a long night. Not because the hours doubled up but because she couldn’t curtail her excitement.

Amanda had just come to the home of a man whose love transcended the vowels of her emotions. He was tall, dark with broad shoulders. He wore his hair some inches grown and had eyes as charming as lavender.

She couldn’t stop thinking about how bravely he fought for her. He had hit Sinda- her age long master, so hard he could never reach for her again. Deathrude tried to stop him but this man ripped the hell outta him. “Who is he? Where did he come from? She couldn’t stop wondering.

Amanda recalled the events of the day with a huge grin on her face. She had spent 38 years in Losting- A city where nothing could breathe without the beatings from Deathrude, and the mindless throat squeeze from Sinda.

She thought about moments when Sinda nearly ripped her chest open with blows by an electric guilt-er. Never a moment of peace in her 38 years at Losting.

Every memory dug a well of gratitude to this man who thought her deserving of his Love. He had said on their way back, “you are my bride not my slave, Amanda. You have all the rights that I have. You will rest in the Yearth-chamber for the night and by morning; I will take you to my father for the marriage ceremony.”

The cool breeze of the night caressed her face. How good it feels to finally be safe.

Jude picked her up in the morning. They could hardly curtail their excitement. Amanda had never been with a man who loved her let alone one who literally gave his life to get her out of Losting. So long as she was concerned, Jude died for her. It took only one who had no fear for his life to face Sinda and Deathrude.
It was going to be a long walk he told her. He promised to never leave her side and he meant it.

The journey to meet Jude’s father began. They had travelled for a really long time. Amanda had been weak at some point but Jude simply lifted her on his broad shoulders until she regained strength.

The two seemed to get along. The journey was fulfilling for Amanda until they entered the city called Mordenista.

Mordenista was a stone brick fortified city. You can’t help but notice the buzz of fun and vibrant-ever-calling-for-attention citizens. Several attractive fashion stores stood by every corner.  There were notable men and women calling out to Amanda. They said she didn’t have to continue the long trek. She could settle in Mordenista.

Jude held his bride by the hand and relentlessly led her through the alluring streets of Mordenista. He had told her at the start of the journey that the city was ahead. Amanda had promised to never leave his side as she could never get over the risk he took to bring her out of Losting.

They had just turned into Proveit Street when Disconte called out loudly at Amanda. “I’ll make you the queen of Mordenista if you come to me, pretty!”

He was a handsome rich young man who appeared to have all Amanda ever wished for.

He drove his Koenigsegg CCXR Trevita car- literally coated in diamonds- close enough for Amanda to not just see but desire his treat.

Jude and Amanda stopped by their track.

Disconte stepped out of his ride.

“Hey pretty, I was talking to you. I am Disconte the King of Mordenista." said Disconte
“I’ll make you the queen of Mordenista if you come to me!” He repeated.

Jude stood quietly by Amanda. He had promised to never leave her side. He was prepared for whatever battle Disconte and the men of the city would bring. He believed that Amanda was prepared for the “distraction” in Mordenista as he already pre-informed her.

Amanda stood enchanted by Disconte’s ride. She thought about the many days they had trekked and Jude’s home town was still nowhere in sight.

“Jude is taking you to his father for the marriage ceremony; but the journey has been endless. You can as well marry Disconte! After all this isn’t Losting. You won’t be a slave but a queen. How are you even sure that Jude has all he claims to own?  It is better you take hold of what you can see and end this gruesome trek. If Jude is as rich as he claims. Why didn’t he bring a car to take you home?” The voice said to Amanda

Disconte’s voice jerked Amanda back to the present.

“Umm, what did you say?” asked Amanda.

Amanda pulled her hands off Jude’s grip.
Jude tried to hold on to her.

Disconte noticed the pull and pick up moves between their hands and so he asked, “Do you know this man?”

“He is taking me to a place I know nothing about. She added

Jude could hardly believe his ears.

“Alright then, get in the car and I’ll take care of you.” Disconte replied

Amanda hopped in the car leaving Jude standing by.

They drove off into the hearts of Modernista.

Life was perfect for Amanda- Glamour, Attention, Jewelries and countless servants than she ever dreamt of.

She couldn’t have wished for a better life until that fateful night
when …. 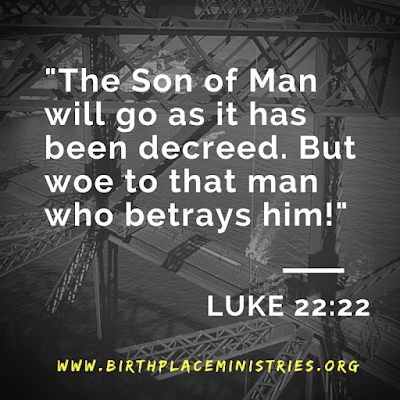 Losting- The state where you are before you accept the finished work of Jesus Christ on the cross as the perfect price for your soul
Yearth Chamber- The earth in which we currently live
Mordenista- Modern/present day challenges against the christian walk. It houses all the temptations that lures believers from the safe walk with Christ back home.
Proveit Street- The point where EVERYONE gets the opportunity to prove their loyalty to Christ or deny Him

For most people, the moment they surrendered their hearts to Christ an inexpressible Joy flooded their souls.
They stuck with Jesus through those early years despite the challenges they faced.

Five, Ten, Twenty years down the line. The pressures of life and the promises of this world has made turn their backs on the one they once claimed to love.

In what ways have you left the King #Christ stranded while you shamelessly took a walk with what seemed better at the moment?

In what ways have you denied him without giving a hoot about His feelings because you couldn’t wait anymore for his “seemingly-never-gonna-happen- promises”?

Like Jude, Jesus is reaching out to you right now.

“COME HOME TO ME MY BRIDE!”

We’ve denied Him to get or keep our positions at jobs; we have forgotten that He is the one who lifts a poor man from the dunghill and cause him to sit with Kings. 1 Samuel 2:8

We’ve denied Him to remain in the good book of the influential; we have forgotten that He is the one who causes even our enemies to be at peace with us. Proverbs 16:7

We’ve denied him for titles such as Mrs; we’ve forgotten that marriage is but for a time. Ecclesiastes 1:9

We’ve denied him for social recognition; we’ve forgotten that the praises of men are never loyal. John 2:24

“COME HOME TO ME MY BRIDE!”

IF YOU’RE READY TO BE RECONCILED TO CHRIST, PLEASE PRAY THIS PRAYER.

LORD JESUS, I CONFESS THAT I AM A SINNER.
I BELIEVE THAT YOU DIED TO PAY FOR MY SINS AND
YOU ROSE FROM THE DEAD GIVING ME VICTORY
OVER  SIN AND DEATH.
I SURRENDER TO YOUR LORDSHIP OVER MY LIFE.
WASH AND SANCTIFY ME BY YOUR BLOOD.
I CONFESS WITH MY MOUTH AND BELIEVE IN MY
HEART THAT JESUS IS MY LORD AND SAVIOUR.
I CONFESS THAT I AM THE RIGHTEOUSNESS OF GOD
IN CHRIST JESUS.
I RECEIVE YOUR SPIRIT TO DWELL IN MY HEART
FROM THIS DAY ONWARD
I RECEIVE THE STRENGTH TO FOLLOW YOU UNTIL THE END
IN JESUS NAME, AMEN
CONGRATULATIONS!!! YOU ARE WELCOME TO THE SHEEPFOLD OF LIFE!

If you enjoyed this story, you should SEE THIS