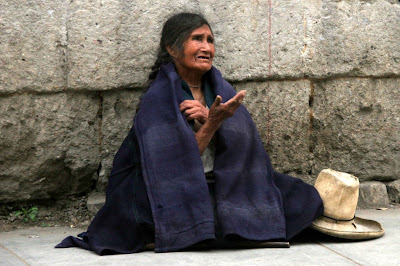 Lydia threw herself mindlessly on the ground. Stumping her hands and feet simultaneously, she shouted out to the King, "Avenge Me!”

The guards couldn’t hold her down. She kicked, scratched, yelled, wept, pushed and wailed.  They all stared at her in amazement.

King Pochus wasn’t one to fear neither God nor men. He did what He pleased and would rather host a feast than listen to anyone wailing at his gates. He was their King but lived for himself.

Every day, Lydia came as early as 4am to the palace and will wail out her strength till 10pm at night. She did this persistently for days.

On the 92nd day, the wake-man who was charged with playing the violin for the king to awaken from his sleep, was doing his thing. The king kept sleeping despite the wake-man’s music.

Lydia hit the gates with such force that the King jolted off his sleep. “What’s the meaning of this?” King Pochus yelled. The wake man stood alarmed at the sudden loud sound that came from the gates. “I …I …..I do not know my Lord?” He stuttered.

“It must be Lydia”, the King said. Gnashing his teeth in utmost rage. He slipped into his coats, assisted by two sexy maidens and headed for the King’s court.

“Bring her here!” He ordered.

That day, Lydia’s children were released from their oppressors and the King granted them a land by the royal city to build and live protected.

“Learn a lesson from this unjust judge.  Even he rendered a just decision in the end. So don’t you think God will surely give justice to his chosen people who cry out to him day and night? Will he keep putting them off?  I tell you, he will grant justice to them quickly! But when the Son of Man returns, how many will he find on the earth who have faith?” Luke 18:6-8 (NLT)
Those were the words of Jesus when He tried to show us the need to pray consistently and persistently.

God isn't like King Pochus who has no regard for man. God has so much regard for us and feels our pain much more than the bible describes. Therefore, He doesn't wait forever to grant us our requests.

If you are experiencing any delay, disappointment or life-excruciating pain, I want you to know that God isn't ignoring you.
It may be that He is actually working out something that would come out perfect at the right time (Ecclesiastes 3:11) or that some principalities of this world has intercepted it as in the case of Daniel (Daniel 10:13) .
Whatever the case might be, be assured that God heard (In Greek- hupakouó- meaning He listened, obeyed, hearkened) 1 the first time (Daniel 10:12). He knows exactly what you need long before you ask Him (Matthew 6:8).
Luke 18:6-8, reveals Jesus’ heart aching concerning for our generation. It is not the problems we will face because He will definitely answer us. It is not whether or not we will receive that which we ask of Him because we surely will if we hang on. It is IF HE WILL FIND ANYONE WHO STILL BELIEVES IN HIM WHEN HE COMES.
But when the Son of Man returns, how many will he find on the earth who have faith?” Luke 18:8

Hard times are not the summary of our Christian Journey neither are answered prayers the zenith of our race; rather faithfulness to Christ till the end is both the summary and the Zenith of the Christian race.

Do not allow the loss of a child, spouse, job or dream.
Do not allow delayed desires or unfulfilled desires.
Do not allow the short coming of fellow believers.
Do not allow the pain of disappointments make you turn your back on the King who hears ever before you call.
You didn't ask to be died for when He chose to die on the cross as an atonement for your past, present and future sins. Yet He did. Therefore, He will do for you much more than you could ever ask, think or imagine (Ephesians 3:20).
If you ask me, I think that Christ deserves our faithfulness whether we get our expectations met or not!


When He returns, would He find you in faith?
Committed to your Fulfilment
Anne Atulaegwu