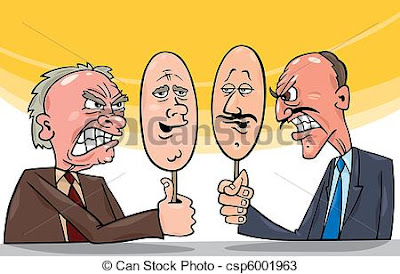 Richard was deep in love with Tracy. To the best of their knowledge, no force, war, nor throne could come between them. They both pledged to stand by each other through thick and thin, in sunshine and in rain. They had been introduced to both families and friends. No one with eyes could fail to see that this pair had decided to stick with each other.

Eight years down the line, Richard meets with a political pillar (Ade Thomas) whose connections offer him the opportunity to do business with the Crème de la Crème of his nation. However, one thing was non-negotiable- He must be “Single”.

“Richard, do you have a girlfriend, wife or fiancée?” the council representative asked.
Richard remembered his conversation with Ade earlier in the day. “You have to be wise. The answers you provide would decide your fate on this project. They usually do not accept men already committed to a woman.” Ade had warned.

“Richard… Are you okay?” asked the council representative.

The sound of his name jerked Richard back to his immediate environment.
“Erm…. Erm ...yes. What’s…. What’s….. the question again?”  He stuttered.

“Richard, do you have a girlfriend, wife or fiancée?” the council representative repeated.

Feigning a smile, Richard said “No”.

We live in a dynamic world whose operations are carved, labelled and pioneered by a system. This system is a pretty woman whose dexterity is completely dependent on the “Lure-them-Seize-them” mode of operation.

Despite our diversity in faith, beliefs and convictions, we often need to relate and work with one another (people with differing spiritual/ religious beliefs) However, we do not seem to realize why it must be so.

We have heard diverse laws and reformation forbid the bold, apt, declaration of our faith as believers in JESUS CHRIST.

We have been told not to bring in the name Jesus or quote scriptures when addressing the public (Diverse Folks).
People who attempted to “clearly” Identify with Christ through their speeches, mode of operation or approach are termed “Intolerant” and “Fanatics”.

I completely understand the need for us to be considerate towards others. I also know that we are not to compel people to follow our Jesus but I do know that there is a thin line between #diplomacy and #denial.

Why do you think you are on that Job?
Why do you think you became privileged to have access to the corridors of power?
It is not because you are the best. It is not because you are the most qualified. It is because that is your “chance” to beam your light (no matter how small) in the midst of darkness.
However, you probably didn’t see it so. To you, it might have been a promotion for more money, power and fame to foot your bills.

There were times when things went wrong in that organisation and you knew from scriptures that there was a solution; because you were afraid of the sword of the world’s system you never said a word (You never shone your light).

It is okay if you choose not to let your light shine in darkness but I believe it is an abomination to claim being on the fence when posed with questions concerning your identity in Christ.
No one might directly ask if you believe in Jesus. However, they may ask “If Jesus is the only way to God?” It is in moments like this that the world’s system requires us to be “diplomatic”. Even though diplomacy saves you from being labelled fanatic, intolerant and extreme, you often must re-evaluate your priority -Save Face or Save Lives.

Our Complex platforms ranging from media to politics and the other diverse industries does not support running an awareness campaign for Christ. However, we are under no obligation to spare the world our honest conviction on the identity of Christ when posed with an opportunity.

What are those opportunities?
When asked directly if Jesus is the only way to God
When someone needs a solution that our Christ offers through us
When someone approaches us for counsel which our Christ provides in His word (scriptures)
We must not fail to let His light shine in moments like these.

God allows crisis in organisations, world power, individuals and families so that YOU, the Christian (Light bearer) can get an opportunity to expose them to the true life giver.

They say it is wrong to quote scriptures in public while we are free to quote philosophers like Socrates, Plato and Aristotle.

We may not use the cliché, “the bible says” but we can call the author of the part in scripture. For example, you may say, “Apostle Paul says or Jesus says or simply it is written” as Jesus would have said. No one would kill us for quoting an author.

I completely agree that people should be comfortable working around us but I strongly disagree that we should keep quiet about our faith or completely deny His identity in order to have them comfortable around us.

Speak your convictions every time you get the chance for it might be the last time you have to identify with Christ before your death.
Remember the TEN-THIRTY-THREE truth
“But whoever disowns me before others, I will disown before my father in heaven” Mathew 10:33

The next time the world’s system threatens you, ask yourself quietly. “Would my response be DIPLOMACY OR DENIAL?


Committed to your Fulfilment
Anne Atulaegwu