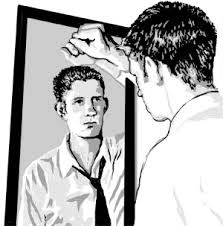 Virtually every one on earth is in dire search for fulfilment. When we wake up in the morning, memories of the previous day floods into our minds, then the  dream from the night and the reality of the new day follows afterwards.

As these things happen, our soul longs for a satisfying experience. One that completely alleviates its pain and increases its Joy. This makes most people seek for guidance from something or anyone with the ability to see the future. We believe that if we are aware of the future, we can make choices that will avert disaster and increase our chances of success and eventual fulfilment.
What we might not know is that there is a right and wrong way of seeking guidance concerning our lives. This holds inexcusably for Christians.

Horoscope is fast becoming popular and readily available. According to Wikipedia, A horoscope is an astrological chart or diagram representing the positions of the Sun, Moon, planets, astrological aspects, and sensitive angles at the time of an event, such as the moment of a person's birth.

The word horoscope is derived from Greek words hõra and scopos meaning "time" "observer" (horoskopos, pl. horoskopoi, or "marker(s) of the hour.") Other commonly used names for the horoscope in English include "Natal Chart" astrological chart, astro-chart, celestial map, sky-map, star-chart,cosmogram, vitasphere, radical chart, radix, chart wheel, or simply chart. It is used as a method of divination regarding events relating to the point in time it represents, and it forms the basis of the horoscopic traditions of astrology!

Wow, I wonder how many people (Christians) have taken the time to look up the meaning of this popular future predictor. Since it pops up on our facebook and many other sites on the internet, most believers have become victims due to curiosity.

The wide range of horoscope prediction, food horoscope, love horoscope, job horoscope, marriage horoscope, wealth horoscope and so on, has made this seemingly harmless art a successful predator on many destinies.

Horoscope might seem to reveal a lot about your life but here are things it will never tell you.

“Do not turn to mediums or seek out spiritists, for you will be defiled by them. I am the Lord your God.” Leviticus 19:31
Horoscope opens your soul and spirit for demons to infiltrate. They give you predictions and offers Satan the legal right to manipulate events in your life.

“Let no one be found among you who sacrifices their son or daughter in the fire, who practices divination or sorcery, interprets omens, engages in witchcraft, or casts spells, or who is a medium or spiritist or who consults the dead. Anyone who does these things is detestable to the Lord; because of these same detestable practices the Lord your God will drive out those nations before you. You must be blameless before the Lord your God” Deuteronomy 18:10-14
You might want to argue and say horoscope is just some computer programming. Go back to the definition and think again. Horoscope gives the enemy the right to accuse you before the Lord. You don’t want t that!

“And when you look up to the sky and see the sun, the moon and the stars—all the heavenly array—do not be enticed into bowing down to them and worshiping things the Lord your God has apportioned to all the nations under heaven” Deuteronomy 4:19
People often fall into this trap by convincing themselves that it’s just a onetime thing. However, this one time adventure often graduates into a master that controls all your major and minor decisions.

“All the counsel you have received has only worn you out! Let your astrologers come forward, those stargazers who make predictions month by month, let them save you from what is coming upon you. Surely they are like stubble; the fire will burn them up. They cannot even save themselves from the power of the flame” Isaiah 47:13-14
Even though horoscope may SOMETIMES predict correctly, it offers absolutely not true/lasting solution to your problems. It would leave you more confused than you came on it.

“I will set my face against anyone who turns to mediums and spiritists to prostitute themselves by following them, and I will cut them off from their people.” Leviticus 20:6
I don’t know about you darling, but having God turn against me is scariest thing I have ever heard in my entire life time. God regards it as prostitution because as Christians we belong to Him and being the bride of Christ, we ought to look to Him for guidance and not some demonic medium.
In  the Old testament, the penalty for consulting a medium, was death by stoning!( Deuteronomy 17:2-5). It was considered an abomination.

A onetime click often turns out to be an addictive cycle. God doesn’t want us to be slaves to anything. You might want to argue that you are not addicted. However, if you check how uncomfortable you are in the face of a decision until you go check your horoscope; you will agree with me that you are becoming addicted. Some people can’t date a guy/girl until they consult master horoscope. We have been made free though the blood of Christ. Why then should we allow worthless things (Jeremiah 10:3) control our lives?

“So Saul died for his breach of faith. He broke faith with the Lord in that he did not keep the command of the Lord, and also consulted a medium, seeking guidance. He did not seek guidance from the Lord. Therefore the Lord put him to death and turned the kingdom over to David the son of Jesse.”  1 Chronicles 10:13-14
This was on the Occasion when Saul saved Agag the King of Amalek when God said to kill everyone and everything in that land. When the Lord deserted Him, He visited the witch of Edor to call up Samuel for guidance.
When you accept Christ as Lord and Saviour you have no business seeking guidance like the people of the world. You are in a covenant relationship with God and disobeying his command is a breach of faith/Covenant!